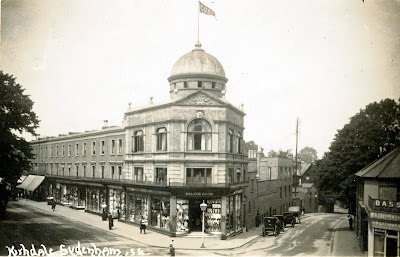 In 1997, when the 1902 building was converted to flats, the the original window arches were exposed and restored and the carved stonework in the pediment (and date) was revealed.
Posted by Steve Grindlay 3 comments: